Designing a Landscape Garden for Melbourne’s Climate
When designing a garden one of the first considerations is the local climate. – Melbourne’s climate is temperate to cool. This climate affects how you landscape for Melbourne gardens and especially what plants to grow. Here are our Melbourne Landscaping Ideas and Tips.

Melbourne has a moderate oceanic climate and is well known for its changeable weather conditions. This is mainly due to Melbourne’s location situated on the boundary of the very hot inland areas and the cold southern ocean. This temperature differential is most pronounced in the spring and summer months and can cause very strong cold fronts to form. These cold fronts can be responsible for all sorts of severe weather from gales to severe thunderstorms and hail, large temperature drops, and heavy rain.

Port Phillip is often warmer than the surrounding oceans and/or the land mass, particularly in spring and autumn; this can set up a “bay effect” where showers are intensified leeward of the bay. Relatively narrow streams of heavy showers can often affect the same places (usually the eastern suburbs) for an extended period of time, while the rest of Melbourne and surrounds stays dry. Overall, Melbourne is, owing to the rain shadow of the Otway Ranges, nonetheless drier than average for southern Victoria. Within the city and surrounds, however, rainfall varies widely, from around 425 millimetres at Little River to 1,250 millimetres on the eastern fringe at Gembrook.

Melbourne is also prone to isolated convective showers forming when a cold pool crosses the state, especially if there is considerable daytime heating. These showers are often heavy and can contain hail and squalls and significant drops in temperature, but they pass through very quickly at times with a rapid clearing trend to sunny and relatively calm weather and the temperature rising back to what it was before the shower. This occurs often in the space of minutes and can be repeated many times in a day, giving Melbourne a reputation for having “four seasons in one day”, a phrase that is part of local popular culture and familiar to many visitors to the city. Melbourne is colder than other mainland Australian state capital cities in the winter. The lowest temperature on record is −2.8 °C (27.0 °F), on 4 July 1901. 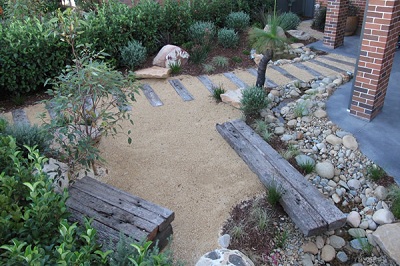 Melbourne gardens are heavily focused on outdoor living. There is generally a large outdoor area dedicated to entertaining and generally hanging out and enjoying the sun and outdoors. Pergolas and paved areas are common place in the Melbourne landscape garden. Adding to the outdoor appeal is the strong use of water features. Water has a soothing effect both visually and aurally. The sound of a gently trickling water feature is most relaxing.

Melbourne Landscaping also often involves an informal relaxed layout with the use of curves and rounded garden beds and structures. Plantings are also often relaxed groupings rather than straight hedges.

Australian gardens have a certain feel, a sense of place, there are several elements that help evoke this sense of place; Natural plant groupings, your plants should be clumped as they would be in nature, use random groupings, numbers and arrangements. The use of timber helps give a sense of Australiana, timber sleepers, timber steps, timber decking all help achieve an natural feel. Crushed granite, or sandstone is another lovely garden element to include in a garden, it gives a soft appearance to garden pathways. All these elements can be easily achieved by a DIY gardener. 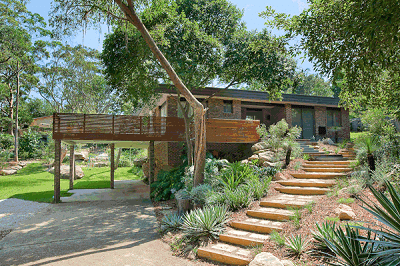 Natural stone is often used in a Melbourne landscape. Sandstone can be used in a number of ways, stepping stones, stone walls or simply as feature boulders in the garden to add strength to the layout and design.

Ensure that your Melbourne landscape design is an open, free form style. Avoid rigid straight lines and formal hedges. Try and add contrasting clumps of foliage to create interest and excitement to the planting design. Native grasses planted in clumps is a lovely effect. Water is often used in a Melbourne garden design, a simple pond of water feature can transform a garden space. Winding, flowing pathways and garden rooms add a sense of intrigue to any garden. Pathways are often made up of natural stepping stones, or recycled sleepers to give an added rustic feel. A dry river bed or creek is another interesting element that can add some interest to your garden layout. River pebbles laid out to mimic a river bed is a simple and effect landscape feature. 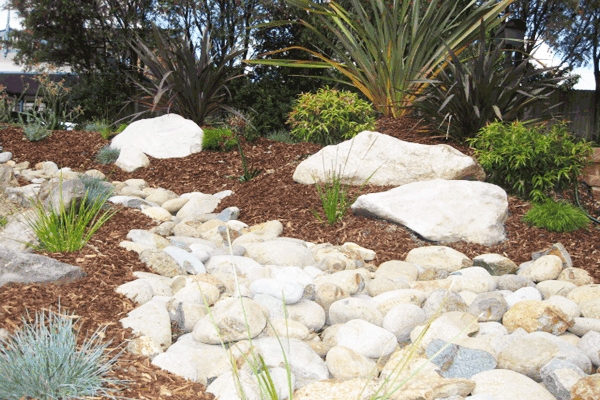 Selecting native plants is generally wise for an Australian garden, however there are many exotic plant species that will grow well in Melbourne . Here is a list of some common Melbourne plants – including native trees, shrubs, grasses, under story plants and ground covers; 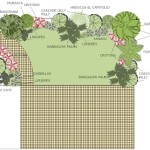 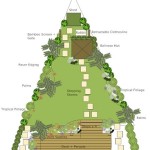 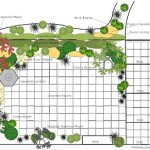 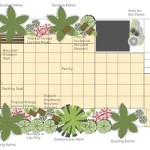